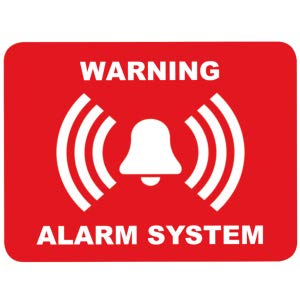 Imagine this if you will. You're at home, maybe you're in an apartment block like myself, and some idiot sets off the fire alarm. So it starts ringing and ringing and ringing. And you can do a couple of things here. You can figure out hey, I'm in danger, fire alarm's getting off, I go all the way down to the bottom of the building. Could be your office building as well, exit the building, let the fire people come and check out things are okay, and reset the fire alarm. Or you could figure this is just bullshit, nonsense, someone is being an idiot, and you could just wait.

Even if it is a false alarm, go grab yourself a coffee, go for a walk, just leave the building, make sure you're safe, then come back 10, 15 minutes later. Five people have come. The alarm has stopped. Pain, anxiety is a lot like that.  It's an alarm that goes off all the time. Now, if you leave the building, that alarm keeps getting louder and louder, and you don't know if it's the same alarm that's been going off for some time now or if it's a new alarm. Just don't know. I don't know if to restarted it.

That's a lot like anxiety, or a lot like pain. That alarm is trying to give you a signal to do something in the moment. Leave the situation, move, go somewhere else for a while. So when you come back, the alarm's re-set, and the alarm has stopped, and it will only go off again if there's danger. But if you stay in the apartment, if you stay in your house, if you stay in the building, the alarm goes on and on and on, and it never quite shuts down. Does it?   Just leave the building. Take a break. Let it reset.

See you have this thing inside an alarm bell if you will. Sometimes it can protect you, but sometimes it can overprotect you. And if the alarm is going on over and over again, and never stopped 24/7, 365 days a year, it is putting you in fight or flight. The whole time releasing too much adrenaline into your system. You don't know what is real danger, and what is perceived danger. Because the alarm's been going on, off the whole time.

You don't know what is real, and what's a real danger, what's a real fire, get the hell out of the building versus just some idiot that keeps setting off the fire alarm. Because you never take a step away to allow it to reset. That alarm bells are only good to keep you protected from revolution, and it goes off for revolution. When we get confronted with a lion, tiger, or a bear, we get that shot of adrenaline, fight, flight, or freeze, and would act accordingly to it.  And as soon as that bear, that tiger, that lion disappeared, so would our adrenaline fight, flight, or flight response?

If we stayed there the whole time, it'd be going on and on and on and on over and over again. And if the lion or tiger disappeared it was still going on over and over again, it would actually be protecting us anymore, it will be causing us more harm, because there'd be no fright, but will be dumping shit loads of adrenaline into the system all the time all muscle wasting. And we won't be able to tell difference between get the hell out of here here's a real threat versus it's just modern society and I'm imagining something inside my head.

I'm imagining it so vividly inside my head that it feels real.   So you become locked in that matrix. That matrix of the mind, if you will. Inbuilt in you, inbuilt in me is a mechanism to protect us. It's called that gut. That gut feeling, it's been there for millions of years of evolution. You don't need to think it, you don't need to feel it. You just need to act upon it.