How To Stop The Voices 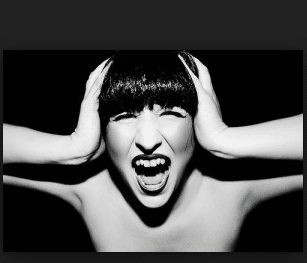 So, it's a really, really, simple one. But, please, please, please, don't be lost or mistaken how powerful this technique is when you use it. And as all these techniques are only as good as your ability to use them. If you don't use them, it's like in a beautiful tool case, very rich tool case with all the tools you could possibly need to fix everything. And if you don't use them, they just gather dust and it's completely worthless. So, your ability in which you use these techniques regularly is the ability which you use that tool case regularly to help build new neural pathways in your brain, shut down those old neural pathways, and have more freedom and control in your life.

So, this is somebody you use in the moment. So we're gonna potentially do it a little artificially now unless you are having an issue in the moment which we are, this is the best time to use it. So I don't know about you, but if you've got voice that just won't shut up inside your head that says, "I can't do this, I can't do that, blah blah blah, you'll never sleep, you'll never be good enough, chatter, chatter, chatter, chatter, chatter, I can't be hypnotized, this isn't working," whatever that voice is saying inside your head. You know what voice i mean. Try and get in touch with that voice inside your head that just won't shut the hell up. Got it? Good. All right. Now what I want you to do now, is I simply want you to relax your jaw. Just relax your jaw. Just relax it. And when you relaxed it as much as you can, go ahead and relax it a bit more. I want you to relax it as much as you can. Just imagine relaxing it a bit more. And then when you do that, at the same time, keep your jaw relaxed, I need to unrelax my jaw now to talk. You're gonna get your tongue, and you're gonna push it to your upper bridge of your mouth. Like, when you were a baby, basically, tongue in your mouth. Excuse me, your thumb in your mouth, your tongue would always be in your mouth, wouldn't it?

That's an extra technique that can help you for a voice that's really persistent. But, the first part of this technique is more than sufficient for most people. So, that's how to shut off that critical voice inside your head that may get in your way of having the kind of freedom and success that you want.