The Simple Steps to Break Free From Any Addiction

The Simple Steps to Break Free From Any Addiction 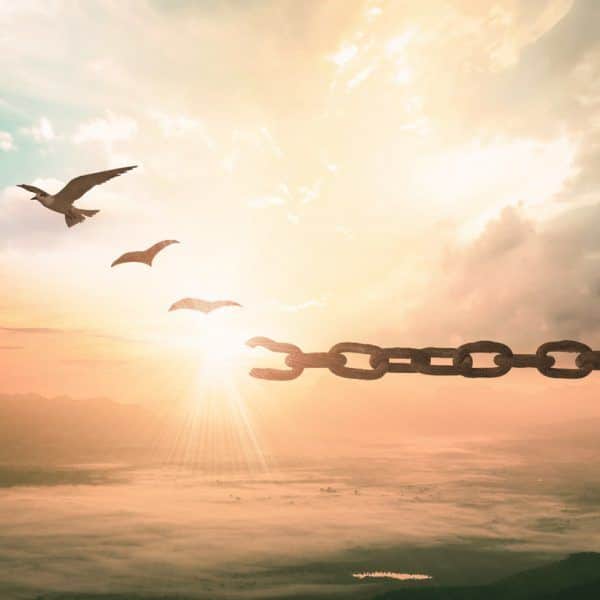 So we're just waiting for some people to join us. If you're just joining us, wave, say hi in the comments below. And if we could have a round of applause for my hair, and how high my hair today, the only thing that's high here is my hair.

So I'm feeling a cross between Elvis Presley and Eric Bischoff with this high hair today. I'm very proud of it. So yes, what we're going to do today is we're gonna talk about a certain language. So one of the things that I've studied for many, many years has been neuro-linguistic programming and the neuro in neuro-linguistic programming or NLP stands for the language.

Now language we use externally to other people to describe our circumstances and what's going on in on side of our head and the language we use to communicate to ourselves, to have understanding, that's the language part of NLP or neuro-linguistics. Some people now have marketed it to be conversational hypnosis, but it's the same thing.

Words have power. Now, all words are made up. In fact, everything's made up. However, behind those words is meaning, the meaning that we have attached to it over time. Now, some of the words with a lot of the people that would suffer from addiction before they came to see me, some of the languaging that they would use are nominalized words. And basically what a normalized word is, is a word that's frozen.

So it's a word if you imagine that you could pull it into a wheelbarrow. Like, a frozen word, if you will. If a client came to me and said, "Luke, I'm addicted to X." I would respond well, "How are you addicted yourself?" Okay.

Because what that does is it takes that word and it unfreezes it and starts to give the client some level of control because they are interfacing with that experience in order to feel that level of emotion. So I've written a couple of words down that a lot of clients would come to see me from addiction. This could be addiction for anything. This could be addiction for the hard stuff like crystal meth, heroin, cocaine, it could be weed. Or could be cigarettes, maybe be sugar, or it could be sex.

And there is another word that starts to give control back and authority back to the agency, back to the client to allow them to have more control of their experience and break free from addiction.

And what I get my clients to do is when you really boil down an addiction, when you really boil it down, what is it? It's a habit that you feel, the addict feels that they have no control over. It's a habitual habit that you feel is doing you, as opposed to you doing it. The heroin is doing me if I'm a heroin addict. The cocaine's doing me if I'm a cocaine addict.

The gambling is doing me if I'm a gambling addict, right? But changing it to a habit. It's like, "Well, you know when I've got that habit when I'm biting my nails, my nails aren't biting me. I'm biting my nails. It's a habit, isn't it? You know when I walk out the door and I need to turn around three times and touch the light switch seven times before it feels safe enough for me to exit, well that's an habit. And that was a strange habit. It's not my habit, by the way. It used to when I had OCD a long time ago.

I appreciate that. I appreciate it can be a vicious habit, but that's what it is, is a habit. But it's a habit that you on some level don't feel that you have control over. When you start saying that I'm addicted, I'm addicted and you just change it to, I'm just doing a really terrible habit right now.

They're very hypnotic. Words don't really mean what they mean. It's just because over time, we've started to believe what they've meant and we've universally accepted this illusion and accepted them for what they were. But someone made up all these words, but some give us less power. I'm an addict, addiction versus habit, doing a habit right now, destructive habit, but it's a habit. So that's the first change. The second one I get my clients to choose is, well I'm doing this drug, I'm doing coke, I'm doing speed, I'm doing ecstasy,

I'm doing heroin, I'm drinking alcohol. Okay. I get them to change the word drug, all right? To poison. I get them to change drug from poison. Because what happens is I'm gonna take this drug yet in society it can sound very bad, but there are some things we hear drug...Well, drug, it's gonna make me high. It's gonna depress some of the feelings I don't want to feel. And it's gonna make me experience more other things like magic mushroom, like cocaine that's gonna put my senses on fire.

When you hear that over and over again, you're confronted by this thing, even though you know on some level the drug is probably bad for you, when you start changing it for the word poison, poison, poison, you hear it over time. It starts to give you a bit of distance, gives you a bit of space. So when you've got the space between you and your addiction or you and your habit, you can start to see it for more of what it actually is.

The Hypnopixie is here. Hello? Hypnopixie, the wonderful, beautiful, glamorous, amazing Hypnopixie. But when you start to change it and you start to call the drug a poison, it starts to give you distance from it. So you can start to see it almost disassociate.

You start to have more sovereignty about it. You start to have more control of what you're doing. The habit. Remember the habit, the first one, the habit. Okay. So we're changing drug to poison. So you have distance and you see the wolf for what it is. It's a wolf in sheep's clothing. It looks like a sheep, looks really nice, but when it's revealed, it's a wolf and you can see it for what it is and you can't ever unsee it again.

I used to do that, but I'm not in recovery, it's done. I'm recovered. That used to be me. I used to be 12, probably did at some point as well. If you're 12, and you're watching this, then you probably really need to see me. If you've got those issues.

Now, it's done. Make the decision now, it's done. As I said in one of my other videos, the definition of decision in, I believe it's Latin or Greek origin, to make a decision meant to cut yourself off from any other possible option. You've cut yourself off from it.  You don't wanna be having this battle all your life. You've been having the battle long enough. It's time to be done with it. Time to change that addiction to habit. The time to change that drug to poison. It's time to change recovery, to recovered.

And just making those little shifts in your consciousness, consciously to begin with until it becomes unconscious is gonna empower you so much as you step forward, gain sovereignty in your life, leave the rest behind you, and really go for what you want and break those shackles of your addiction.

Remember we changed it to habit. Well, if you've enjoyed this video or more apropos, if you've gained anything from this video, then please do give it the thumbs up, say hi below.

And if there's any Facebook groups or any groups that you are on that you think would benefit from any of these videos that I put on this Facebook Live, then do please pass it onto those. Or if you're watching on YouTube the same, or if you're listening to a podcast form, audio, or any other kind, please do pass the message.

The Simple Steps to Break Free From Any Addiction Coach

If you want to have a chat with me to see if I can help,  you can schedule something here; http://Lukenosis.com/screeningcall/