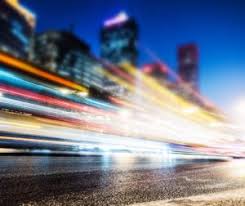 Luke Michael Howard, Clinical Hypnotist and owner of Lukenosis Hypnosis, lukenosis.com, here. Today's video is all about change and how quickly or slowly it can take. My question to you is how long does it take to change? Is it a long arduous process that takes forever and a day and maybe it never quite happens? Or does it happen that quick? The way you answer that question is probably how successful you'll be in changing something in your life.

So here's the thing, we're told a lot in society, to get what you want in your life, to make that change, to stop smoking, stop drugging, stop eating all that sugar, stop depressing yourself, stop anxiety in yourself, having that chronic pain, whatever it is, you've had it a long time, it's gonna take a long time to get over it, if ever, years and years of counseling, CBT, psychotherapy, medication. So many of you have heard that if you've had your problem for more than a cup of coffee, more than a moment. But they lied to you.

See, change happens this quickly. You see that? You see that ball? Yeah, it's that quickly it is to change. That blue ball, yellow, it's that quick to change. And you're like, "Luke, that's a nice little gimmick you've got there, a nice little gadget. It takes longer than that to change." No, it doesn't. You invested in a lie. The decision to change is as quick as this ball changing from blue to yellow. It's that quick. To get to that point that we call threshold, that you can't spend another day living that old lifestyle, well, that may take an hour, that may take a day, that may take a week, a month, a year, 10 years, 20 years, hell, 50 years to get to the point of threshold, if you ever get there. Hitting rock bottom, if you ever get there.

But when you've made that decision to change, it's simple. It's quick. It's that quick to make that shift. When you've reached that threshold in your life and you're like, "I will never spend another day doing that thing again. That shift to make that change. Now, how? You might have 50 pounds to lose. You're probably not gonna lose that in one hour but that decision to change is there and it's just the lag time then until you get that change. When you decide, "I'm no longer gonna smoke anymore. I'm done with it." It's that quick. Saying to someone, "I do." You're married. It's that quick. Saying to someone for the first time, "I love you." It's that quick. Decisions are fast.

So my question to you is how much do you really wanna change? How much emotional or physical pain are you, moment to moment every day, that you would rather die than spend another moment there? I think most people don't have it bad enough. I think they're kind of been irritated by something in their life that's causing them some suffering now and again, maybe once a day. Maybe on a scale of 0 to 10 of suffering, it's 5 to 6. It's not pleasant. It's not good but it's not enough and it's not consistent enough for someone to say, "I'm in the fire. I need to do whatever I need to do to get out of that fire now." When you get to that point, it's that quick to make that change in your life called threshold.

So how quick is it to change? Think of the ball, it's that quick. And if you ain't changing, you're probably not in enough consistent day to day, moment to moment pain. So maybe this gets worse for you or you could be smart and be like, "Hell, I could see, if I keep going down this road, how bad it's gonna be. I'm gonna self-regulate and make this shift now." Because change is that quick. It's that quick.