The Different Parts Of You 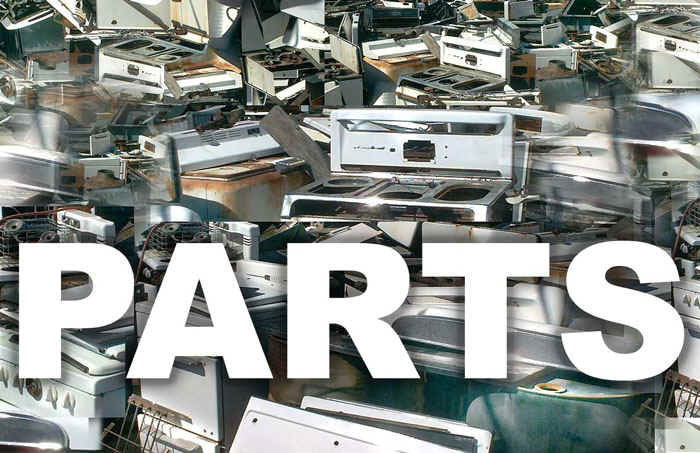 Often people will call me up and now they'll have an issue, for example, they'll be a smoker and they'll say, "Well listen, Luke, on one hand, I know I really wanna quit smoking, that's why I'm calling you. So I'm ready to invest the time and money and become a nonsmoker. Yet on the other hand, kind of bit scared because, you know, smoking comforts me. It helps to relax me."

Another example is someone that will call me up and they'll say, "Luke, I really wanna lose some weight, get in shape. You know, I really wanna get in shape for the summer. Look good, feel good. You know, look sexy, rock that bikini or Speedo on the beach, but there's another part of me that just really enjoys, like, eating too much food, eating, watching movies, eating that pint of Häagen-Dazs in the evening." Another client will say to me, "Luke, I'm really anxious and want to get rid of the anxiety and I know it's bad for me and it's putting me in fights or flight over stimulation of the central nervous system all of the time. But then there's another part of me that thinks it keeps me safe, that it protects me, that it will prevent bad things happening for me like in the past." So here's a story, metaphor, if you will, I wanna share it with you about that.

When I work with people, it's much, like, I'm working with an organization, corporation, if you will, and this corporation is insert your name. Now in your corporation, in your company, there's literally thousands, thousands, perhaps even millions of different positions in your company. Now, let's say we're working with the part that's causing you to feel anxiety too much and you want to get rid of it because you know it's not good for you, it's not making you feel happy, but on the other hand, you think it's keeping you safe.

What we're doing is the kind of change work I do is talk to that bit. Talk to that bit that wants to hold on to that problem and let that bit know that it's done its job, it's done its job well because it's not trying to hurt you. But in the company, in your corporation, that job, that specific job's being dissolved, that position isn't going to exist anymore after we're done. So that part, that job, if you will, on your corporation, in your company of you, insert your name, that job is gonna be gone. So the part that's been running the overprotection has a choice, it either can take redundancy and move on, go somewhere else or it can take all of its skills and go on to another position in your company.

So, example of this, you might be, "Well, Luke, why would I want that anxiety part in me?" Well, here's the structure of anxiety. Everyone does it the same. They go out to an event in the future that hasn't happened yet, because anxiety is always future-based, catastrophize it, imagine it going horribly terrible bad, fill their body with all of those stress hormones like cortisol and adrenaline, visualize it vividly but forget you're visualizing and think that it's really happening. I'll bring it all the way back now and we know that whatever you vividly imagine, whether you think you're imagining or not, you always are, and feeling that chemical dump of those chemicals such as adrenaline and cortisol, stress and anxiety, if you will, inside your body, it makes it one coin, it's gonna happen because it literally shifts that internal compass, if you will, like a self-fulfilling prophecy.

So what we're saying is you just don't like anxiety. But you're doing so, really what the structure of the problem is actually very good. You're going out to the future and you're imagining something like it's really real. That's not problematic. It's only problematic because you're imagining the wrong shit inside your head and it makes you feel bad. So that part can go and be redundant after its work gets over or that part can stick around but it has to use those skills on incredibly visualizing things, thinking things, making things real in a positive way.

So imagine that part stayed in the company, but now it used its skills of projecting you into the future and making you see things that haven't happened but made you see things that you want it to have happened, like success, attracting the kind of mate you want into your life. You have the kind of finances, that kind of career, the kind of health that you want in your life. And you did it so much it became real, it felt real, at least it felt [inaudible] it's real. Your problem isn't real either but it feels like it's real inside, I get that. But what if that part used its same skills of projecting you into the future, but in order for you to rapidly see a beautiful 4D technicolor exactly what you want in your life?

It can do that, just can't do the old job anymore of making you feel shitty and stuck anymore. But it gets to use those skills and it is a skill, just using it for the right way to make you feel amazing and kind of create the future you want. That's a lot of the change work that I do, it's essentially just getting that part and giving it a choice. "Hey, you've been doing your job well. You haven't tried to hurt this person, you're trying to protect them but you've been overprotective in some way, can't do that anymore. Job's being dissolved. So you can either get on the redundancy line, get out, hit the bricks or you can stay with the company, get a pay raise, but you've got to use those skills for good."